Round one arrived! The weekend started with a 3.5 hour drive down to Killarney. We left at 10am and arrived about 1.30pm to hazy sunshine. It was mild, verging on warm which was a pleasant surprise. We got a bit of food in Killarney town and then went out to find the course.
Another 20 minute drive brought us to Rossacroonaloo woods - a Coilte managed forest. We got decked out in our gear and registered before heading off on the first pre-ride. Once over the Start/finish line you start climbing up a loose rocky wet trail. There is only 1 easy line on less loose rock. Off that is doable, but only if you absolutely have to. The climb plateaus out a few times before kicking up again - in total it was about 600 metres. It was a fast enough climb though. After that it drops down with some narrow bridges over the wetter bits. 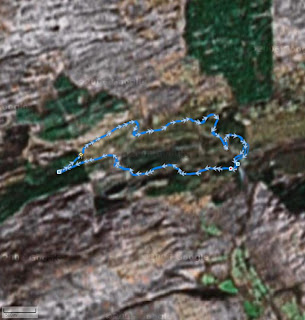 Then its a few hundred metres climb on Fireroad before its you take a sharp right climbing steeply up single track (looks like a part of the DH track). You reach the highest part of the course here and then its a fast fireroad descent down to some technical single track, fireroad, and more singletrack. Then its a fast run down to the finish line. 5km's in total.

I liked the course in general. My only problem was an over the handlebar moment when I hit a rock at slow speed with the my weight sitting up front. Managed to bend my Gusset superlight disc, but a bit of TLC got it back to shape pretty quickly.

I was happy leaving the course and we headed back to get checked into the Hostel. I had kind of expected it to be quite, but it was very busy, and noisy. But despite this we got unpacked and hit the pub to watch Ireland win the Grand Slam :)

When it was over to the Malton hotel for the presentation of medals from the 2008 series. Then we headed down town in urgent need of carbs and managed to clear out a restaurant of all there pasta (and a lot of their rice)! We dropped into the pub for a pint before headed back to the hostel for bed and a good nights sleep.

Which was the exact opposite of what we actually got. The hostel was noisy, cold and there was no hot water! Woke up in the morning after having a crap nights sleep, which put me in a bad mood for the day. I got some porridge into me, and nibbled on a torq bar, but I felt exhausted. I downed a coffee and red bull to try to get some life into me. We got to the course around 11 and it was already buzzing. Music pumping, and lots of riders out. I started sorting out my bottles only to find the bottled water I bought was sparkling.... yes sparkling. First 'Doh!' moment of the day. It was too late to head back into town so I gave the bottles a good shake to get most of the fizz out and made up the bottles. Before the races started I headed on one more pre-ride and then back to the start/finish to watch the sports race. It turned out to be a good one for MAD - 1st and 3rd!About 45mins before the start I started on a bottle of energy drink and began a gentle warm up drill on a handy steep bit of fireroad. 20 minutes from the start I downed an energy gel and did a few sprints on the fire road. Heart rate responded nicely - increasing rapidly and dropping down as quickly. I asked one of the sports guys to do bottling for me and then made for the start line. It was a little different from last year - Elites first, then Masters, then Experts. Last year Experts went before masters. I got myself near the front, roughly second row, and waited for the count down. 3, 2, 1, GO! I managed about 2 meters before the fella in front decided to break and turn across my path. I braked and heard some banging behind me. No time to look to see the damage caused. I had a clear path in front of me so went for it. I hit the the first climb in about 8th place, but found myself off the good line. I managed to keep the bike moving until a gap appeared on the single track and slotted in behind a club-mate.


I considered passing him on the climb, but there was not much space between bikes so I would have probably just have made more work for myself on the rougher stuff. So I just held station until the first fireroad climb.

At this point I was in uncharted territory. In the top 7 of a race... actually competing! Prior to the race starting I wondered what a rider would do if they were near the front - not ever thinking I'd actually be there on the first race of the season. But here I was and I decided to be aggressive. Once we hit the fireroad climb I got into the big ring and pushed on, passing about 4 or 5 riders. At the time I thought there a lot more guys ahead of me than there actually were. It turned out that move put me into second place with just Oisin, another club mate in the lead!

I continued climbing to the highest point of the course and once there I tried to get back into the big ring for the fireroad descent. But the front derailleur cable was loose and I could not get it to shift out of the middle ring. To make matters worse it started to make a grinding noise that continued for the rest of the race! I knew the guys behind would make up good time on me on the descents but there was not much I could do apart from getting into the highest middle gear and pushing hard.

The rest of the first lap and second lap were fine - I just kept pushing hard on the climbs knowing that the lads behind were making time on the descents. I got back to the feeding area in need of a bottle, only to find my bottles but no bottler! This meant I had to stop and get my own. Normally, you've a guy there with his hand out holding your bottle. The delay was probably only 10/15 seconds, but it can be the difference in a position.
Lap 3 was fine, but by the start of lap four I started to cramp. It slowed down my climbing totally. I knew at that stage I'd be caught as it was the only place I was making gaps. Sure enough on the fire fireroad climb Robert Tobin of IMBRC passed me. And on lap 5 Alfie Wallace from EPIC caught me on the first climb. To top it off I also managed to hit my ass of the saddle so hard it shoved the front of it up in the air, making it hard to keep sitting on it.

But despite the cramps I was happy enough on the last lap. I knew I was somewhere in the top 10 and took it easy on the second half of the lap as I did not fancy cramping up to the point I had to stop. So I crossed the finish line with a smile on my face. And then I found out I got 4th place! I was delighted and a bit annoyed. Delighted that I finished so high in my first race, but annoyed that I could not hold the 2nd place position.

So, what do I take away from all of this?
Plenty of time to sort out the problems before the next race. And I've got the novelty of being gridded up the front in Ballinastoe. I know a fair few top masters riders did not attend Killarney, and they will be faster than me, but they'll have to get past me first :)

Between now and then I need to keep the training up. Spinning, fast MTB spins during the week, and weekend. This weekend will be different as I'll be attended the Des Hanlon memorial race in Carlow. It'll be 103km race and I'll be treating it as a tough training session.

But overall, a great start to the season for me and the club (3 category wins and 2 podiums).

Email ThisBlogThis!Share to TwitterShare to FacebookShare to Pinterest
Labels: nps killarney, round 1