Woke up this morning feeling much better. I had a good nights sleep which made a big difference, and almost felt up to doing the relay. Unfortunately my tum did not think so. Instead of taking part, I headed in to watch the other guys race and also had some time to take a few pics and get a look at the course (pretty much the same as last years).

The racing was fast and furious and a bit of a laugh, with teams from WORC coming in first, IMBRC second and MAD 3rd (I think). Its an interesting course, but will be pretty cut up for tomorrows race. 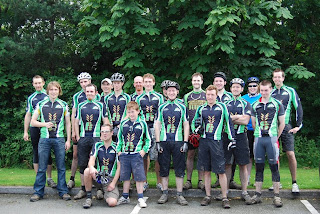 Still not sure if I'll be racing. Ate some food which has stayed put in my stomach, which is nice, so will see how I'm feeling in the morning.

Email ThisBlogThis!Share to TwitterShare to FacebookShare to Pinterest
Labels: sick