When your house-bound the Internet is your best friend! Went up on the Canyon site for a gander at their top of the range race bikes and this is it - the Canyon Ultimate CF 9.0 FBI. 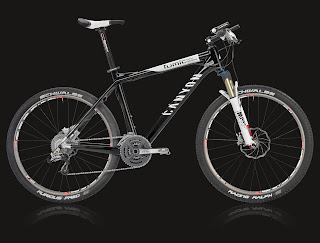 Apart from having the longest name I've ever seen, its quite an impressive bike. The price is also impressive - €4,000, which puts it in the same ball park at the Cube HPC. However, Canyon have an outlet store on their site where they sell last years stock with a considerable mark down. For example, last years version of this bike -the Ultimate CF 9.0 SL Einzelstück 2007, has €700 discount! So, if they apply a similar discount to the 08 version of that bike, it would be a deal that's hard to beat....

Email ThisBlogThis!Share to TwitterShare to FacebookShare to Pinterest
Labels: 2009 bike