Sunday the 9th of May had myself and Gene head up to Belfast for the 3rd round of the Irish NPS series. It was a 2 hour drive to the race venue, and the venue was easy to find thanks to some good sign posting by XMTB - the hosting club.
After signon we head out for a pre-ride of the course. The race was held in a typical city park - rolling, grassy hills in the middle (with the odd rose garden) and a tree lined perimeter. Not exactly the first place you'd think of holding a mountain bike cross country race, but in fairness to XMTB, they made use of every scrap of the park to make a challenging course.
25 meters after crossing the start/finsh, you had a 90 degree right turn which then switched quickly to a left hander and into the forest / single track section. The single track doubled back on itself quite a bit, so there was plenty of hard braking and accelerating. There was also plenty of options for the odd suicide manoeuvre into a corner. We had a laugh at the thoughts of the moves being made during the first lap in the singletrack section... little did I know later on I wouldn't be laughing...
You left the forest and got into the rolling grassy hills. This was pure CX territory. There was no time to take a breather here as time could be made and people overtaken before the next singletrack section. This bit was a bit more tricky as you had some tricky off camber rooty corners which even though it was a dry course were still a challenge. 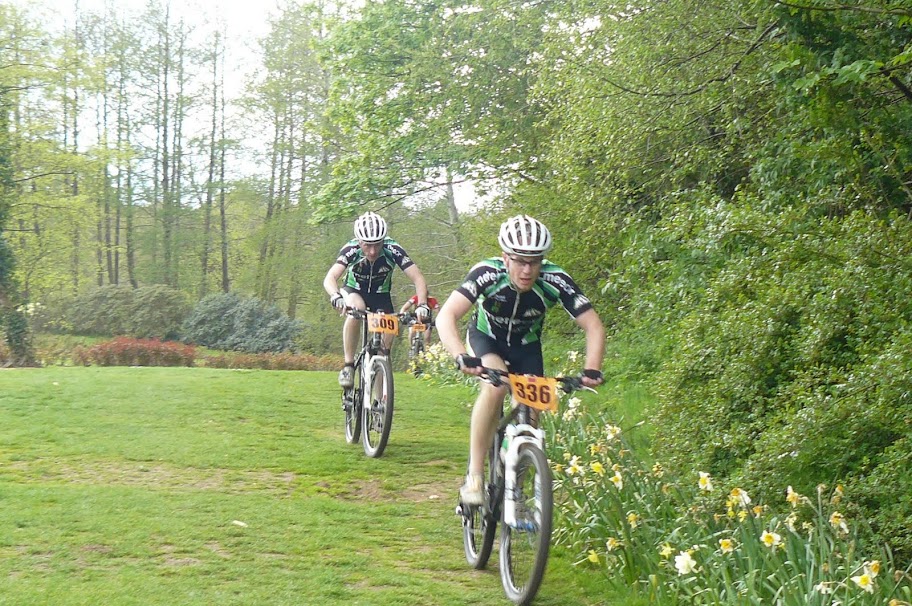 After a couple of kickers and swoopy drops/climbs you were out of the trees again and up a kicker which transitioned into a draggy climb. But before you knew it you were diving down into a little hollow and then climbing, before a taking a roller coaster of a drop which - if you got enough pace, allowed you to free wheel up the other side.
After that you had a long grassy climb back up towards the start finish. But before you got there, a final single track section had to be tackled... then feed zone and start finish.

We lined up for the race. I was expected the top riders in the series to be called to the front, but it didn't happen, so with that and the fact it was a nice wide starting area, I found myself up towards the front of the field. The race was started and I had a decent enough start, probably in about 10th heading into the single track. It became a bit of a procession then and things were going ok, apart from some numpty shouting "who's losing the wheel?!!?". I hoped he was having a laugh. Anyway, we started in the second singletrack section, climbing up a narrow trail section. I had two riders in my sights who where slowing up after the initial high pace and decided to over take them off the single track... in other words a suicide move. I managed to pass them but I was slowing up too and lost control of the bike and headed towards the low lying branches of a tree. I rolled over them hoping I could power my way out - I couldn't and came to a standstill. So as riders passed I got myself together and ran up the hill till I could find a spot to remount and get moving again.
It was a silly mistake that cost me time and plenty of places. So it set the tone for the rest of the race - chasing. I started passed riders where I could in the next 2 laps. Then I came up to a Team WORC rider. He was not the fastest in the single track but could climb like Contrador, so I caught him in the forest section and tried to hang on for dear life outside it. Looking back at the lap times over the course of the laps he was holding me up, so in hindsight I should have passed him straight away. But for some reason I decided that chasing this guy would be my little race. Everything was going well until the 4th lap when a mistake on off camber turn had be off the bike and the competitor pedaling away. I got my head down and chased on - getting within a few bike lengths, but it was not to be and he crossed the finish line ahead of me. 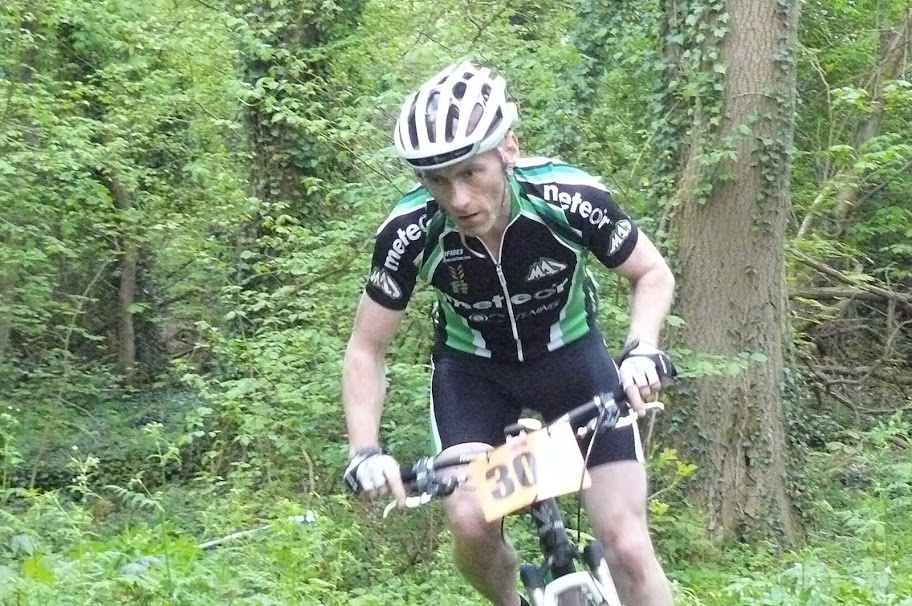 I got 9th position, which is fair enough, but I really think my rush of blood on the first lap cost me a good 3 or maybe 4 positions. The course lent itself to close racing - there was about a minute between me and Mark in 6th place. While you could have run a CX race on exactly the same course, I think even the hardened XC'er enjoyed the racing. Still was nice to break into the top 10.
The Pronghorn was well suited to the conditions - the lightness allowed for quick acceleration and the xtr brakes stopped me in plenty of time before I could do any real damage to myself :) Oisin, the other Pronghorn rider came in a great 4th place after some close racing with another Team WORC rider.
So thats the 3rd race already finished - the season is almost half over! Next race is up North again next Sunday, but I planning on a road race this Sunday as I'm keen to try one where I actually go out to try and win it as opposed to using them for training/having a laugh.
The week since the xc race has been tough. Works been very busy and the little fella is teething - STILL! This means tough days in work and sleepless nights. Still, I managed a few commutes into work, but no off road which is annoying, but you've got to make the most of the time you have!
Thanks to Uberdog and racing795 for the pics!